Why are we known as The Rosemary Goddard Centre?

Rosemary Goddard was a district nurse and  a midwife in Mere between 1971 and 1981. After her retirement she continued to live in Mere and over the years she was a counsellor 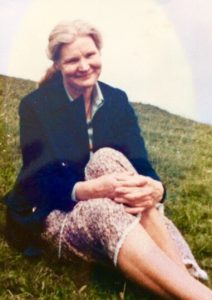 and friend to many. She was concerned that there were a number of older – often housebound and lonely – local residents, and she sought to provide some variety and outside interests for them.

The Centre has used the Community Room in Lynch Close since 1988 and has had hot meals provided by Fives Court Care Home for the same length of time.

What follows is an edited and more detailed version of the history of the first 30 years written by Rex Roberts, who had been involved from the start both as chairman and then as organiser, with that of the subsequent 10 years. Rex Roberts died peacefully on 20th November 2016 aged 89. Click here for the history.